The new book from the author of Supreme Power and Mutual Contempt. Order now. Now available in paperback. 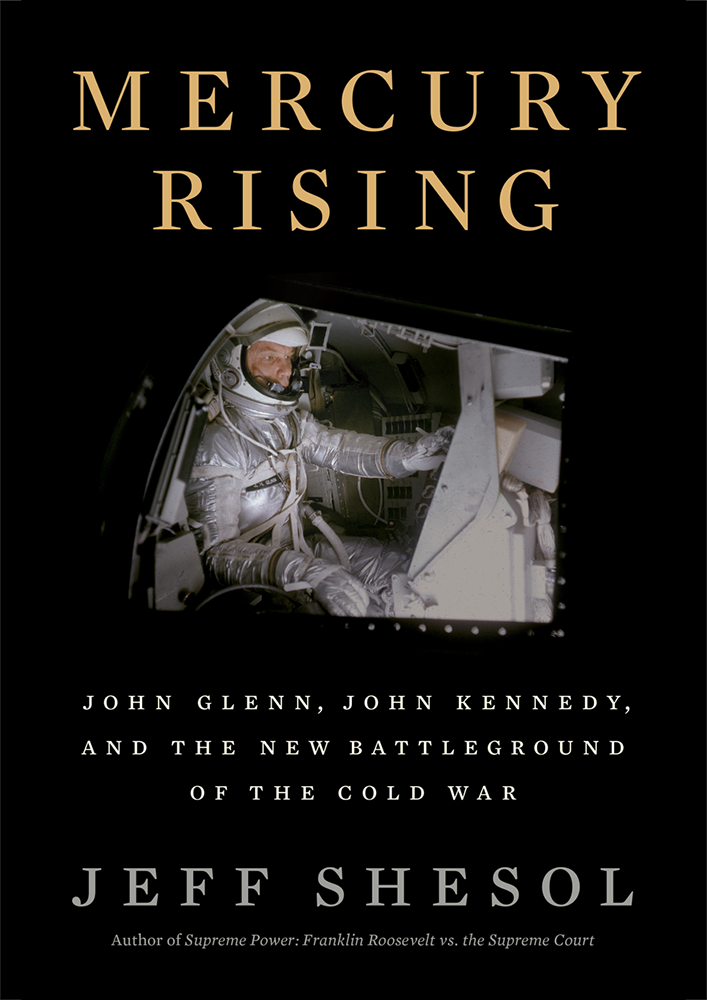 A riveting history of

flight at the “hour of

If the United States couldn’t catch up to the Soviets in space, how could it compete with them on Earth? That was the question facing John F. Kennedy at the height of the Cold War — a perilous time when the Soviet Union built the wall in Berlin, tested nuclear bombs more destructive than any in history, and beat the US to every major milestone in space. The race to the heavens seemed a race for survival — and America was losing.

On February 20, 1962, when John Glenn blasted into orbit aboard Friendship 7, his mission was not only to circle the planet; it was to calm the fears of the free world and renew America’s sense of self-belief. Mercury Rising re-creates the tension and excitement of a flight that shifted the momentum of the space race and put the United States on the path to the moon. It captures the fierce competition among the astronauts, NASA’s false starts and failed tests, and the sense of mortal danger throughout. Drawing on new archival sources, personal interviews, and previously unpublished notes by Glenn himself, Mercury Rising provides the fullest, richest portrait of Glenn to date, and reveals how the astronaut’s heroics lifted the nation’s hopes at a time of peril.

One of the New York Times’ 15 Books for June

One of Apple Books’ Summer’s Most Anticipated Books

“What a fresh and refreshing look at a familiar subject, now seen through an important geo-political lens rather than a scientific, technological, and nationalistic one. The new context is exciting, the usual characters made more vivid and dimensional. Bravo.”

“I loved this book. From the opening lines, I was riveted — I couldn’t put it down. Even though we know the ending, Jeff Shesol somehow creates a cliffhanger — immersive history that lifts us out of the moment we’re in and transports us to a time of genuine heroes. As this book reveals, John Glenn — stoic and selfless, but also restless and ambitious — embodies what we hold most dear about being American.”

“If there’s such a thing as a white-knuckle read, this is it. But Mercury Rising is a two-fer. Jeff Shesol interweaves heart-racing renderings of the dread and adrenaline of the earliest space flights with keen analysis of the geopolitical rivalry that drove the arc and pace of the space race. John Glenn emerges as both home-spun hero and Cold War cat’s paw, as well as a flesh-and-blood human being — and one hell of a pilot.”

“This is a story for the ages — the best account, ever, of the flight of Friendship 7. Shesol presents the Mercury Seven and their storied competition in a fresh and even provoking new light. Brilliantly researched and written, Mercury Rising is the book to read on the Cold War collaboration between John Kennedy and John Glenn.”

Kris Stoever
Author, with her father, Scott Carpenter, of For Spacious Skies: The Uncommon Journey of a Mercury Astronaut

“I had the privilege of knowing John Glenn well — I helped select him and train him as an astronaut — and Jeff Shesol has rendered the most compelling portrait I’ve seen of Glenn since the real thing. This gripping book captures the fast pace and high stakes of the space program, and shows how Glenn helped win the struggle to surpass the Russians.”

“This book amazed me. It brought back such memories that I felt like I was reliving the events.”

News
Essay
JFK, John Glenn and the Fight for ‘Space for Peace’

At stake was the very purpose of the U.S. space program. Would the nation stay committed to “space for peace,” the policy of Dwight D. Eisenhower, the outgoing president? Or would the new administration see space as the Air Force did: an arena of the Cold War, a battlefront on which armed conflict might be inevitable? The decision was Kennedy’s to make — though it would come to depend, as events unfolded, on an astronaut named John Glenn.

John Glenn, the first American to orbit the Earth, was the picture of calm during meetings with J.F.K. ahead of his journey. His archives reveal a human side.

“Mercury Rising tells the fascinating backstory of how John Glenn became the first American to orbit Earth in 1962.”

“Mercury Rising ... brings Glenn’s story alive again with both nostalgia and a riveting, fast-paced narrative that has ‘movie’ written all over it.”

“Captivating .... Mercury Rising relates such details [as] ... Glenn’s three orbits around the Earth with verve, revealing Shesol’s extraordinary talent as a storyteller.”

“Jeff Shesol’s Mercury Rising ... could hardly come at a better time. Outer space has been much in the news lately .... Shesol’s new book offers much needed perspective on the origins of the space programs of America and the world.”

“A great story — one of people and public policy, risk and reward, war and peace — a rocketing journey back to a different time and place.”

“Jeff Shesol shows how to detail one intriguing tale after another while backing every word with hundreds of bits and bytes found in library archives, government documents, memoirs, and interviews. This is the perfect book for anyone who wants to read about real life adventures and learn what makes heroes tick.”

“Deserves a place with the most popular astronaut biographies and histories.”

“A fascinating portrait of the astronaut who became a national icon.”

“A historian’s attention to detail and a novelist’s flair for interesting storytelling .... Fascinating.”

“Gripping .... Steeped in historical detail .... A welcome retelling of a significant piece of the Cold War saga and the opening of the space frontier.”

“With a kicker of an opening, the reader is set up with anticipation for the story ahead .... Lean and fast-moving .... Masterful .... This is the book Glenn deserves.”

“Entertaining and deeply researched … readers will savor the hair-raising ride.” 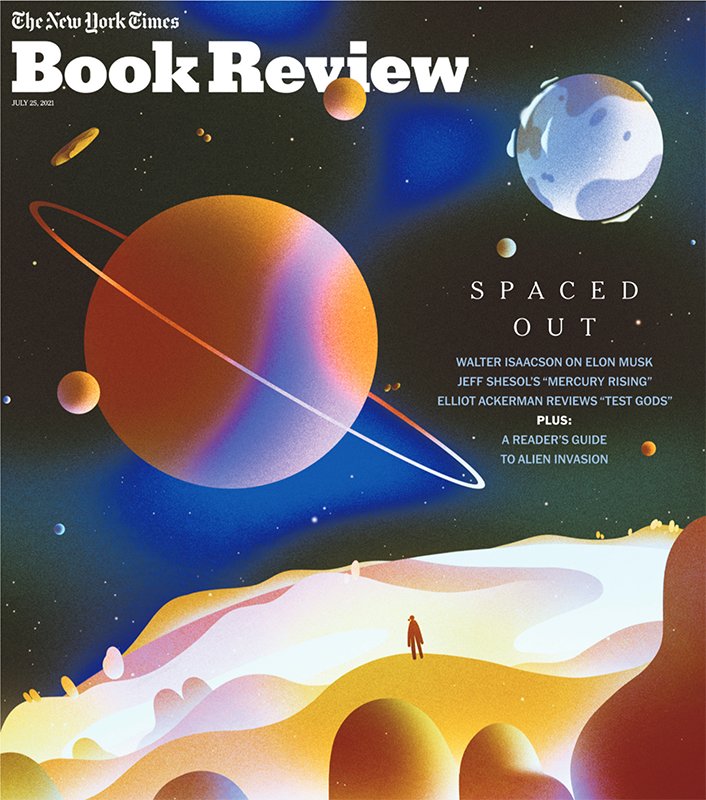 Select an image to see more 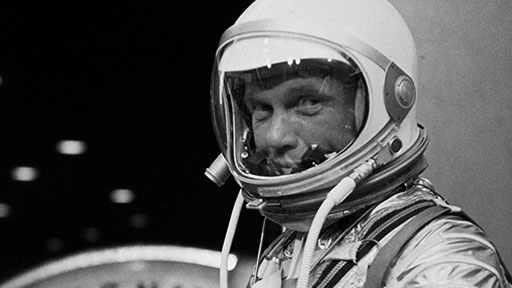 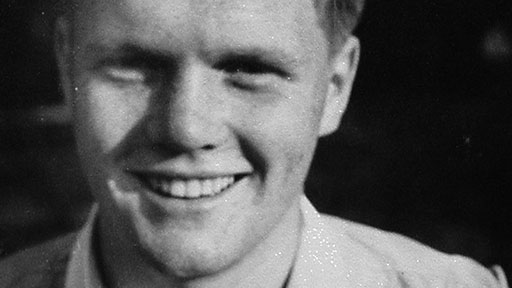 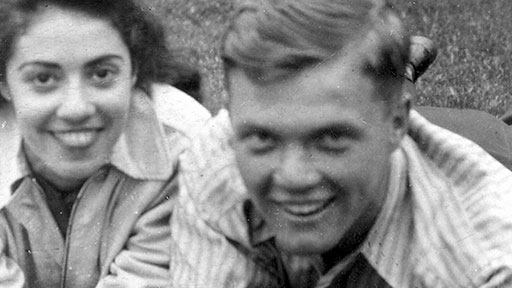 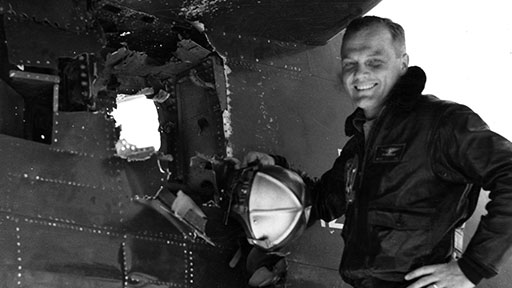 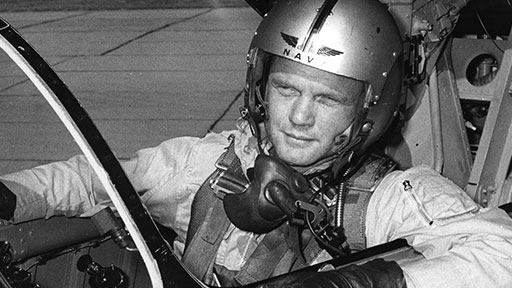 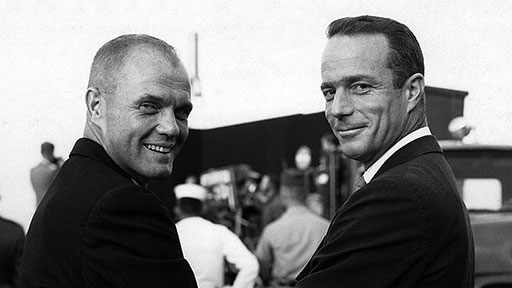 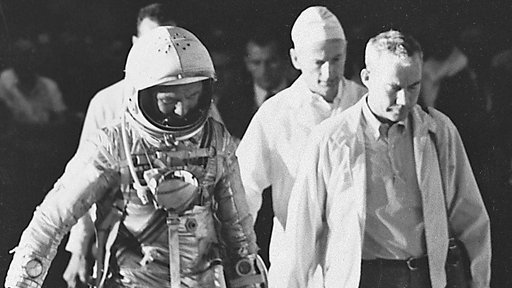 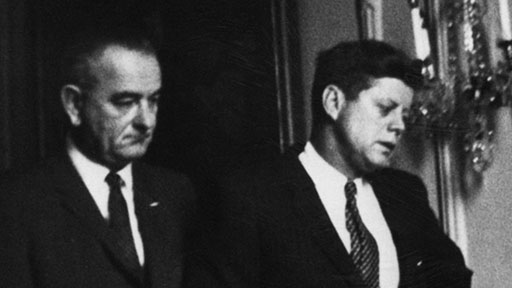 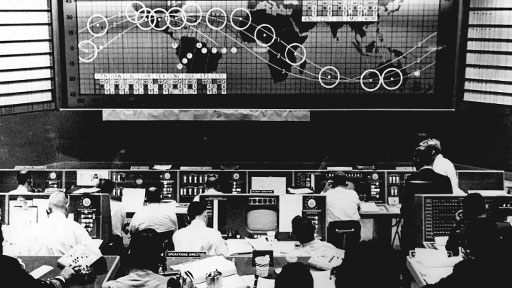 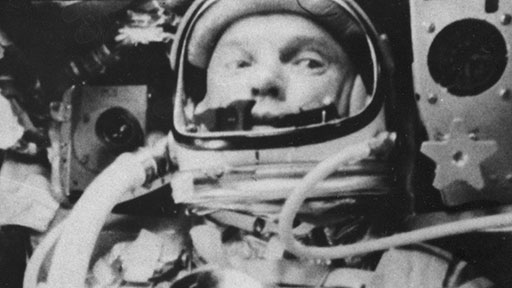 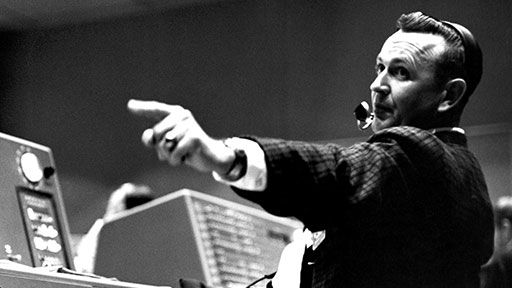 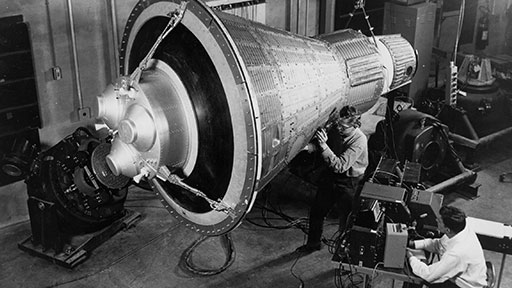 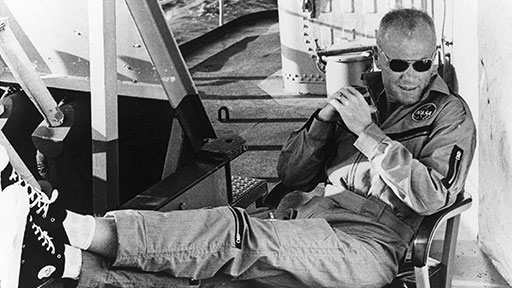 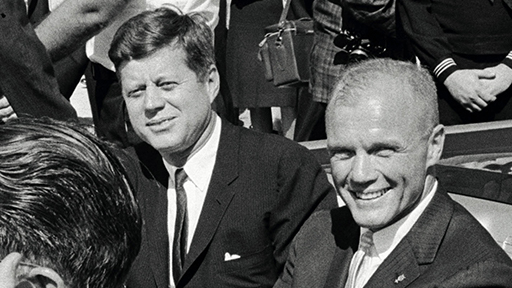 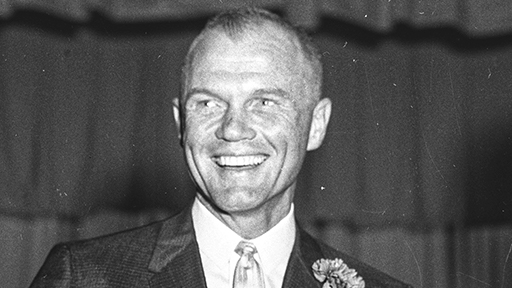 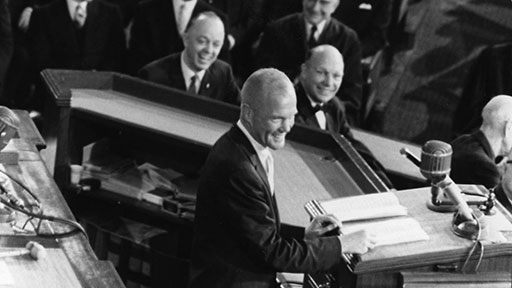 Jeff Shesol is the author of Supreme Power: Franklin Roosevelt vs. The Supreme Court and Mutual Contempt: Lyndon Johnson, Robert Kennedy and the Feud That Defined a Decade, both selected as New York Times Notable Books of the Year. He is a former speechwriter for President Bill Clinton and is a founding partner of West Wing Writers. A Rhodes Scholar, he holds degrees in history from Oxford University and Brown University, and is a frequent contributor to the New York Times, the Washington Post, and The New Yorker News Desk. 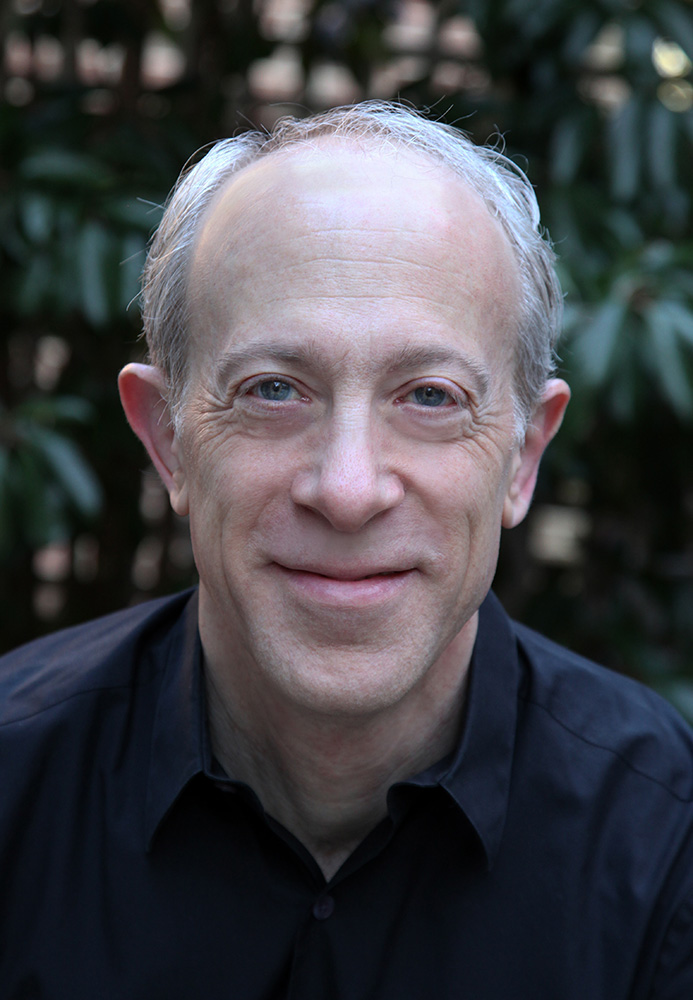